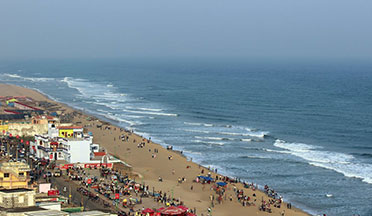 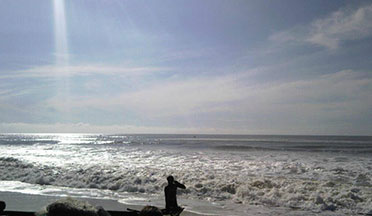 In the southern coastline of Odisha, just 15 km from the city of Behrampur is located a quaint, tiny town of Gopalpur which was a seaport, bustling with trade and commerce, in the Colonial Era.

Besides a sun-kissed beach, Gopalpur-on-Sea offers glimpses of its past glory as a commercial port. The crumbling walls and pillars of an ancient jetty can still be found on the beach. In fact, Gopalpur was once a bustling maritime zone in Odisha and a seaport through which early settlers of Southeast Asia sailed off. Established during the British rule, the port stopped functioning in 1942 during the Second World War. There are ruins of several bungalows and mansions belonging to the European merchants, which give it a colonial look. A red-and-white striped lighthouse also stands on the popular beach. Commissioned in 1871, it is one of the oldest lighthouses in the state. Every year during Kartika Purnima, people sail tiny boats made of banana stems and paper, with lamps, betel leaves, crackers, fruits and coins in them, to mark the rich maritime history of Gopalpur-on-Sea.

Gopalpur Beach can be visited all throughout the year. However, the best time to visit the beach in the month of October to March when the weather remains cool and pleasant. It is the perfect time to enjoy different tourist activities at the beach.

Gopalpur Beach is well connected to different corners of the world via road, rail, and air. Bhubaneswar airport is the nearest airport to the beach which is located at a distance of 180kms. The nearest railway station to the beach is Berhampur on the Howrah-Chennai line. Via road also Gopalpur is connected to major cities of the country.