Ganjam District came into existence on 1st April 1936. The district is named after the Old Township and European fort of Ganjam situated on the northern bank of river Rushikulya which was the headquarter of the District. The Ganjam area was a part of ancient Kalinga which was occupied by Ashok in 261 B.C. The period of 1757 was ruled by the French Commander Bussy. In 1759, the French ruler was defeated by English and the District was annexed by them. The office of the District Collector was established in 1794. The District got separated from the Madras Presidency and formed the part of the newly created State of Odisha province with effect from 1.4.1936.

The nearest airport is in Bhubaneswar at a distance of 142 kms.

The nearest railway station is Chatrapur.

Owing to its huge popularity across the state and nation, Ganjam is well equipped with good bus services. Anyone can board a bus from any cities of Odisha run by the state government to reach Ganjam. Apart from this, one can avail a taxi to reach Ganjam and the tourist places in and around it.

Located on India's eastern coast, the cool breeze from the Bay of Bengal makes the tropical weather in Ganjam more bearable as compared to interior Odisha (Orissa). The summer months from March to May are hot and humid, with temperatures rising to over 39° C.Ganjam faces the south west monsoon in June, and temperatures fall to around 28° C till October. The rainfall peaks to around 250 mm during July and August, and dips too approximately 127 mm by October.Winter in Ganjam makes its presence felt from November, when temperatures start falling to maintain an average of 16° centigrade in December and January. Cold winds from the North North east keep the temperatures low in spite of the bright sunshine. However, this is the most pleasant time of the year for visitors to Ganjam. 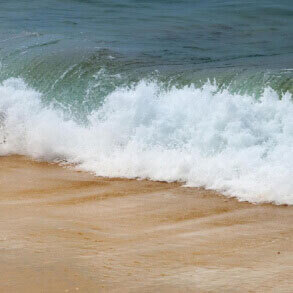 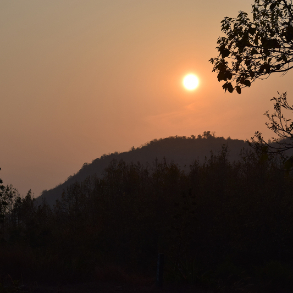