Pilgrimage in Odisha (Orissa) - Odisha has plenty to offer to the visitors as the state is home to numerous sites of tourist interest. Amongst others, the Holy Places in Odisha are a major attraction for the travelers. Apart from general tourists, many devotees also come to these Odisha places for pilgrimage. Temples of Odisha attract many from every nook and corner of the world. In fact, the temples in the Bhubaneswar-Konark-Puri region remain chock-a-block round the year. Apart from this Golden triangle, Odisha is also home to hundreds of lesser-known temples.

Jagannatha Temple is one of the four most sacred sites in entire India called the 'Char Dham'. The temple has made Puri, one of the most visited cities in Orissa. The main deities of the temple are Lord Jagannatha, Lord Balabhadra and Goddess Subhadra. Jagannatha Temple was built by Raja Ananta Varman Chodaganga Dev in 12th century. It is said that the temple was not completed during his reign and was completed by his successor. Standing to a height of 214 feet, it is one of the tallest temple structures in India. The architecture of the temple shows a huge similarity to Kalinga temple architecture. The main attraction of the temple is the annually held Rath Yatra. This is the only festival in India where the idols of the deities are taken out of the temple. The images of gods are carried in three humongous and decorated chariots in a procession to Gundicha Mandir at a distance of 3 km. Millions of devotees line the street to get a glimpse of the gods in their chariots which is considered very auspicious. Only Hindus of Indian origin are allowed to enter the temple premises.

Konark Sun temple is easily one of the most visited temples in Orissa. There are many temples dedicated to Sun God, but there are none that are as magnificent and venerated as Konark Sun Temple. Situated on the shores of Konark, the 13th-century temple once served as a landmark for many sailors. The temple is build of Black granite and thus, is also called 'The Black Pagoda'. The uniqueness of the temple lies in the fact that it is built in the form of a chariot. The main structure that rises to a height of 230 feet, stands on a platform. There is 12 huge wheel on either side of the platform. Each wheel is around 10 feet in height. In front of the structure, there are images of 7 galloping horses which complete the shape of a chariot. You will find wonderfully carved structures of men, warriors, dancers, animals, elephants which will keep your eyes busy for a long time.

This is the biggest and most celebrated temple of Lord Shiva in entire Orissa. Situated in Bhubaneswar, it is visited by a huge number of devotees. Main structure in the temple is 180 feet tall and is encircled by a seven feet thick wall. Lingaraj Temple is believed to be built in the 2nd century and is among the oldest in Orissa. The temple complex is gigantic in size and covers a huge area. There are around 100 shrines on the open courtyard. There are three other main structures named Jagamohana, Natamandir, and Bhogamandapa.

Mukteshwar Temple is one of the most important temples dedicated to Lord Shiva. Built-in 10th century, the temple is an unparalleled example of Orissan style of architecture. Rising to a height of 35 feet, the temple dominates the landscape. From the moment you step into the premises of the temple, you will be left speechless by the sheer quality of carvings on the walls. You will enter the temple by a huge carved gateway that starts it all. Every section of the temple is carved on, leaving not even an inch without it. The temple is situated in the capital city of Bhubaneswar and is a major attraction of the city.

Located in Bhubaneswar, the capital of the state Odisha, Rajarani Temple is a Hindu temple. The structure was built in 11th-century. It is popular among locals as the “Love Temple” as it has erotic carvings of women and couples. However, the original name of the temple is believed to be Indreshwara. It is believed the temple was constructed between the 11th and 12th centuries. The temple has two structures created on a raised platform. The central shrine is named vimana (sanctum) that has a bada (the curvilinear spire) raising up to a height of 18 m (59 ft). In addition, the second structure is a viewing hall with a pyramidal roof named jagamohana. The temple was christened as the Rajarani Temple because it is constructed with turbid yellow and dull red sandstone locally known as “Rajarani”.

Being one of its kind, Vaital Deul Temple is dedicated to Goddess Chamundi (Kali) and was once devoted to the tantric cult. Presently, it is one of those shrines in Odisha that are highly revered amongst the Hindu devotees, and hence, receives a considerable footfall of pilgrims on auspicious occasions. The deul (tower) of the temple is the most striking feature of the architecture of this famous pilgrimage. Another attraction of this famous temple is a motif with the sun god.

Ganjam district's Taratarini Temple is one of the oldest temples of Mother Goddess. Situated on the Kumari hills at the bank of Rushikulya River, Taratarini Temple is said to be the place where the breast of Sati Devi fell, and hence, it is worshipped as Breast Shrine. Besides, the temple is also renowned as one of the four ancient Shakti Peethas and Tantra Peetha in India. It is believed that Tara Tarini was the principal deities of the temple. Inside the temple, the stone idols of goddesses Tara and Tarini are adorned with gold and silver ornaments.

Perched atop of a hillock in Nilagari Hill in the Balasore district, Odisha, Panchalingeswar Temple is a Lord Shiva’s temple which is named after the five lingas of Shiva that are installed inside this shrine. On reaching the top of the hillock, one has to bend down in order to look for the lingas inside a pool created by the waterfall. These lingas are continuously washed by the water of a perennial stream that flows over them. However, in order to touch the Shiva Lingas and worship them, one has to lie on his chest over the rock parallel to the stream.

Biraja Temple also known as Viraja Kshetra. Said to be built during the 13th-century, the temple worships the Goddess Durga who is manifested here as Goddess Girija (Viraja). Inside the temple, there is an idol of Goddess Durga, who used to mount on the lion’s back. he temple is not just a part of 51 Shakti Pithas but also has its mention in Skanda Purana (an ancient scripture) where it is described as the place which cleanses pilgrims, and hence, it is one of the most-visited pilgrimage sites in Odisha. Sharadiya Durga Puja is the major festival of this temple that is celebrated on Krishna Paksha Ashtami.

Kapilash Temple, a popular pilgrimage site located in the northeastern part of Dhenkanal town.Situated at a height 2239 ft above the sea level, one has to climb up 1352 stairs to get access to the temple. Moreover, the surreal setting in which temple lies is one thing that attracts oodles of tourists and makes it one of the prominent tourist attractions in the region.

Sacred to Goddess Durga, Devi Ambika Temple in Devkund, Odisha lures a considerable footfall of tourists from across India. In the temple, Goddess Durga is worshipped in the form of Maa Ambika also known as ‘The Living Goddess. Apart from being a popular pilgrimage site in Odisha, the temple is also a prominent sightseeing choice as it is comfortably seated on a hill with a waterfall cascading below the temple.

On the banks of Mahanadi River in Sambalpur district, Odisha, Samaleswari Temple was built in the 16th-century, and hence, it is touted as one of the oldest Hindu shrines in Odisha. The temple is devoted to Maa Samaleswari Goddess. From the ancient time, Maa Samleswari is worshipped as Mahalaxmi, Adishakti, Mahasaraswati, and Jagatjanni in the region. Moreover, the temple hosts a number of festivals that are celebrated with so much devotion and ardor. Amongst those festivities, the famous are Nuakhai and Navratri or Dussehra.

Seated in the city of Sambalpur, this temple is visited time and again by pilgrims who come and offer wish-fulfilling bells to the Goddess Ghanteswari. Moreover, this temple on the fringes of Mahanadi River is adorned with bells which in the yesteryears used to serve as a guide for the sailors. And that’s the reason why this temple is honored with the name of 'lighthouse without light'. Over time, the area around the temple is made safer with the construction of the Hirakud Dam and the Chiplima Hydro Power plant in its vicinity.

Settled in the Koraput District, it is a famous tourist attraction due to the presence of a huge Shiva Lingam in a cave which increases in size as per local belief. It is located around 55 km away from Jeypore and is renowned as a popular pilgrimage site in Odisha. Besides, this limestone cave is a favorite place of worship during the Shravan month. 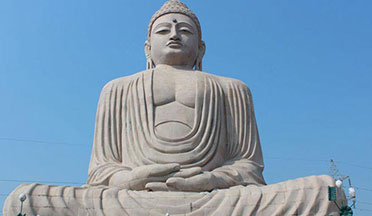 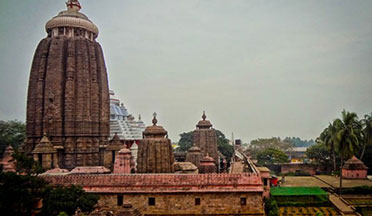