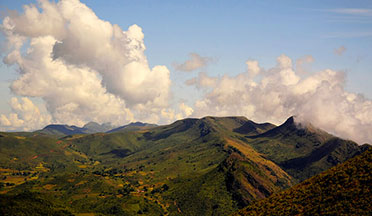 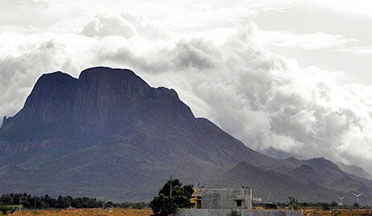 When it comes to mountain ranges, Odisha is replete with hilly areas that have a story to tell and greenery to be explored. While you scroll down and read this compilation, you will be rather surprised to know how rich this state is even in terms of mountain peaks that still demand to be noticed and made popular!

So be it for delving into the history attached to these mountains, strolling through the lush forests comprised within or just to take a regular hike with a buddy along with the ranges, these ten details will assist you in all the incredible ways!

We begin the list with Deomali which is the highest mountain range of Odisha and one of Eastern Ghats and forms a part of the Koraput district. Besides being home to rich biodiversity, these rolling hills have dozens of scenery surrounding it in shades of green. The magic of Deomali has been luring hill walkers, bikers and campers time and again who look forward to beholding the beauty of this enchanting spot!

If you go by the legend, then this almost 1501 meters high mountain peak is the abode of Lord Parashurama and is a topic of various historical folklores. But by its view, you’ll know that Mahendragiri in the Gajapati district makes up for an ultimate trekkers’ paradise. This mountain range is a great place to spot nature that you will unlikely be able to see anywhere else as it has an interesting flora plus faunal diversity, unique temples, numerous streams and the clear blue sea at a distance!

A hike along the Devagiri hills will reveal its exceptional features of comprising natural stairs and being narrower on its upper part thus looking like a rectangular plain at its top. However, the most spectacular portion is a cave on this mountain range which looks like two jaws and houses a shrine of Lord Shiva at its meeting point. It is situated in Odisha’s Rayagada and forms a majestic backdrop to an unforgettable journey!

Perhaps our list will be incomplete without mentioning about the much famed Dhauli hills. Aside from being a proud part of Odisha’s one of the top-notch tourist destinations, this hill range makes up for an ideal weekend getaway to the residents of Cuttack and Bhubaneswar. Moreover, for many years Dhauligiri or Dhauli have held a profound significance for seekers of Buddhism since there is a beautiful Shanti Stupa in its premises!

The bauxite mining tales in the Niyamgiri Hills of Kalahandi have been long known and talked about. But clearly that doesn’t distract us from the thickly forested beauty which these hills are made of. It is even a homeland to one of India’s most remote tribes, Dongria Kondh, who grow rich vegetation on the hillside besides embracing and nurturing every single aspect of their mountain that they worship. Take a visit and you’ll know that natural beauty as this should never be challenged!

This is another hill range which has since long remained an enticement for the big corporate to set up their aluminum operations. Being dotted with gurgling streams, the much peaceful Gandhamardhan Hills of Bargarh district is also noted for its abundance of rich medicinal plants. Those seeking an adventure of solitude can take a trek to these hills and feel joyous like never before!

The fascinating thing about these twin hills in the Khordha district of Odisha is that they hold five rock-cut Buddhist chambers that are concentrated here besides having the ruins of a grand stupa which dates back to the 3rd century BC. It is a rare historical place to stop by and appreciate both the adjoining greenery and the glory of an excellent excavation site!

Iconic is the way a glittering waterfall named Khuludi flows through this mountain range that forms the third highest peak of Odisha. It is situated near Kendujhar district and since few years, hikers have been under the spell of the mystic summit that stands so beautifully at a height of around 1187 meters. Although this peak still needs exploration by the locals to extract more out of its beauty, nevertheless its classic height in our state is enough to allure even the few visitors!

Though a small mountain range in the Dhenkanal district of Odisha, these hills are no less impressive. A scenic site to both the adventure lovers and Hindu devotees, the road to Kapilash is full of mesmerizing and twisted tales that have long been a favorite for the folks of the state and the annual influx of tourists that it attracts. Definitely a good choice during the monsoon season too when the appeal of the mountain is at its peak!

It goes without saying that these hills of Kandhamal district are unmatchable to any other place of the state. Preferably the region is touted as the Kashmir of Odisha owing to the unbounded mountains with sprawling jungle, never-ending pine trees and its plus point of experiencing a snowfall like feeling during winters. A hike on the Daringbadi Hills will surely be a thrilling moment to be reminisced forever by any mountain-walker!