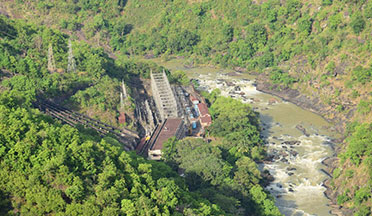 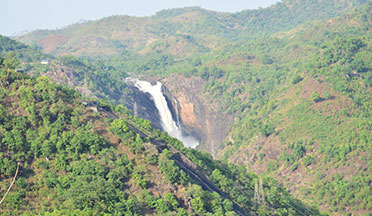 This place is considered as a vital one from pilgrimage perspective. The name for such place was derived from the pilgrimage spot known as Matsya Kunda. This place is located close to the Paderu Township in Andhra Pradesh. Around this amazing place, another township has also developed which is known as Onukudelli. Close to the Machhkund waterfall, the Bonda tribe uses to live. There are also two sub waterfalls of Machhkund. One is located in Odisha and the other one at Andhra Pradesh. All these waterfalls are located in a picturesque setting. Due to this reason, Machhkund waterfall has become one of the tourist hot spots.

During the year 1928, King of Jeypore has planned for a dam. However, the planning was started for this project during the year 1930. Due to this reason, now the hydroelectric power plant is running on Machhkund River. This is a collaborative project in which both the Govt. of Odisha as well as Andhra Pradesh is engaged. From this power plant, Odisha uses to receive thirty percent of power. During 2008, Odisha has started to receive more twenty percent of power after an agreement was signed between the two states.

Explore a beautiful glimpse of crystal clear waterfalls in Orissa. Machkund waterfall one of the amazing attraction of Orissa. Orissa is most famous for the rich historical heritage, temple architecture; vibrant living temples, golden sand beaches, Jagannath Dham and amazing nature are few highlights of this Golden Triangle. No doubt, it is rated as one of the Best Family Holiday Destination in Odisha. Puri, Konark, Bhubaneswar is popularly known as Golden Triangle Tour in Odisha offers the best family holiday option to meet everyone’s interest.