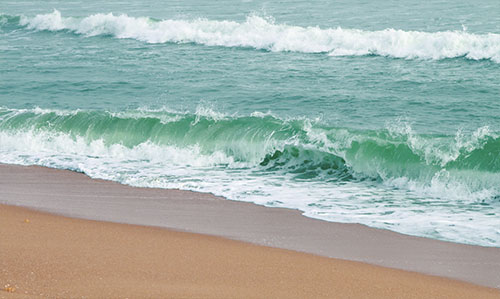 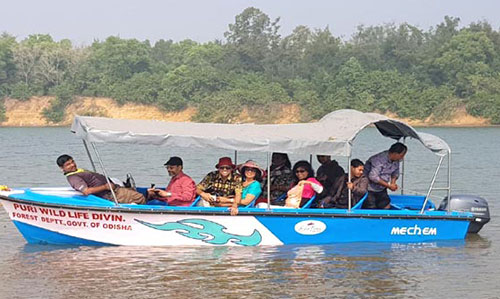 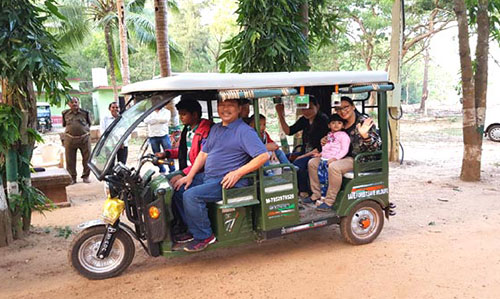 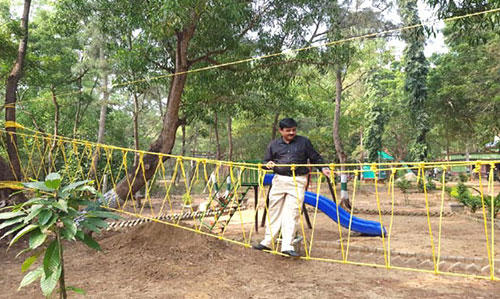 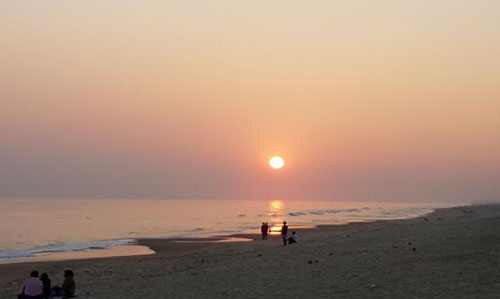 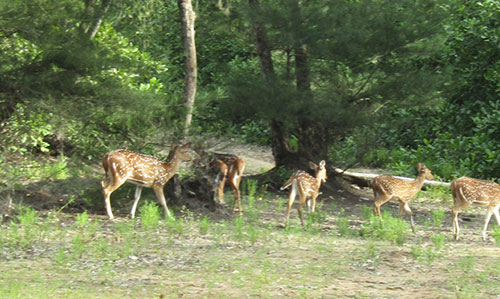 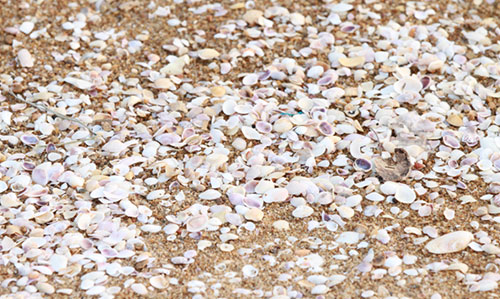 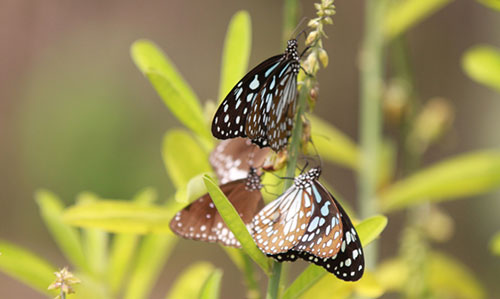 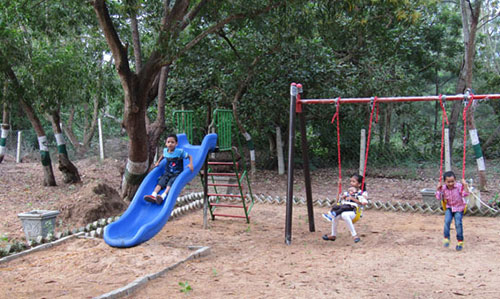 Nature Camp at Nuanai is located close to Puri town i.e. 7 Kms from Puri town , within the protected area of Balukhanda – Konark wildlife sanctuary where the tourists can stay and enjoy the nature with better appreciation of the natural conditions in the coastal area. The place is surrounded with green coastal forest on the bank of the river Nuanai close to its confluence point with Bay of Bengal. 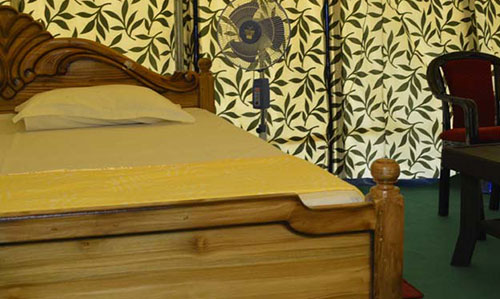 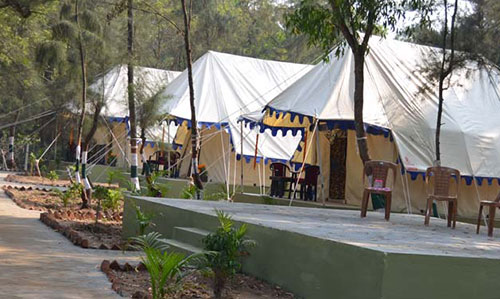 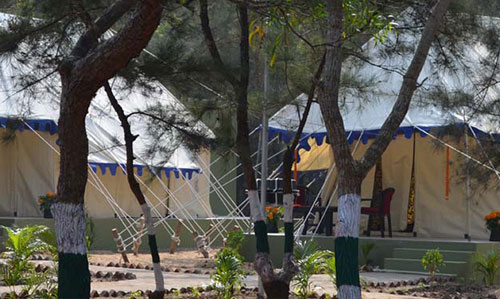 6 tents pitched near the backwaters and close to the Bay of Bengal beach within the Balukhand-Konark Sanctuary.

To be prepared and served by the local EDC members. Exclusive Odia local food ( both Veg and Non-veg). The fooding is complimentary which includes morning tea, Breakfast, Lunch, Evening Tea with Snacks and Dinner.

The facility is open to tourists round the year.

Nearest Airport is Bhubaneswar Airport with a distance of 62 km.

Nearest Railway Station is Puri with a distance of 9.5 km.

Puri is well connected to other major cities of the country via regular buses. From Puri one can book a cab/auto to reach the spot which is only a ride of 30 minutes.

Ramachandi temple is on a beautiful spot on the banks of the river Kusabhadra where it flows in the bay of Bengal. The goddess Ramachandi is popularly believed the presiding deity of Konark on most benevolent chandi known. It is one of the saktapitha Puri. The beach is at the merging point of the river and the bay of Bengal. The beach is popular for sailing, swimming and sun bathing and is covered with golden sands and huge palm trees. Traditional boats are also available to sail along the vast coast line.

Chandrabhaga beach is very close to the Konark temple. This beach has religious significance. During the seventh day of Magha at the beach for seven days a fair is held in honor of the sun god, who is said to have cured Sri Krishna's son Shambhu from leprosy. Pilgrims from various parts of world come here every year to take a dip in the holy waters and offer their prayers to the sun. Chandrabhaga Beach is considered one of the finest beaches along the eastern coast of India. The beach holds great importance in the cultural and traditional identity of Orissa. Chandrabhaga Beach is believed to have witnessed the rise and fall of the Konark Temple. On World Environment Day, Odisha’s Chandrabhaga beach achieved the distinction of being Asia’s first beach to get a Blue Flag Certification.

An Architecture Marvel of Eastern India and A symbol of India's heritage, Konark Sun Temple, commonly known as Konark. India and is one of the eminent tourist attractions. Konark houses a massive temple dedicated to the Sun God. The word 'Konark' is a combination of two words 'Kona' and 'Arka'. 'Kona' means 'Corner' and 'Arka' means 'Sun', so when combines it becomes 'Sun of the Corner'. Konark Sun Temple is situated on the north eastern corner of Puri and is dedicated to Sun God. Konark is also known as Arka khetra. There are three images of the Sun God at three different sides of the temple, positioned in proper direction to catch the rays of the sun at morning, noon and evening.

Kakatpur is famous for Maa Mangala Temple. This temple is associated with Puri Lord Jagannath temple. During the renovation of the deities which is known as Navakalebara, the old deities are buried at a dedicated place in the Jagannath temple and the new idols are shaped for Lord Jagannath, Lord Balabhadra and Goddess Subhadra. The idols are also made from a very sacred wood which is the Daru Brahma. Nobody knows from where to find the sacred wood to create the new idols, so as per the tradition the priests of Lord Jagannath temple come to Kakatpur Mangala to pray the Goddess to help them to find the sacred wood. The priests sleep in front of the Goddess with their face down and then Goddess Mangala come in their dream and tell the exact location of the three sacred trees for the three deities.

The newly opened ‘Blue Splash Water Park’ along the Puri-Konark marine drive is a gateway to relief during summer stress where you get to enjoy fun rides despite being under the hot sun. It spreads over an area of almost eight acres, the water park has seven water rides apart from the variety of pools, waves and kids’ zone. Not to forget, the giant statue of ‘Laughing Budha’, which pours water on you, as you sprinkle and splash with your family and friends!

The Shree Jagannath Temple of Puri is an important Hindu temple dedicated to Lord Jagannath, located on the eastern coast of India, at Puri in the state of Odisha. The temple is an important pilgrimage destination and one of the four great 'Char Dham' pilgrimage sites, found at India's four cardinal points. The present temple was rebuilt from the 10th century onwards, on the site of an earlier temple, and begun by King Anantavarman Chodaganga Deva, first of the Eastern Ganga dynasty.[1][2] The Puri temple is famous for its annual Ratha yatra, or chariot festival, in which the three principal deities are pulled on huge and elaborately decorated temple cars. These gave their name to the English term Juggernaut. Unlike the stone and metal icons found in most Hindu temples, the image of Jagannath is made of wood and is ceremoniously replaced every twelve or nineteen years by an exact replica.[3] The temple is sacred to all Hindus and especially in those of the Vaishnava traditions. Many great saints, such as Ramananda & Ramanuja were closely associated with the temple. Ramanuja established the Emar Mutt near the temple and the Govardhan Mutt, which is the seat of one of the four Shankaracharyas. It is also of particular significance to the followers of the Gaudiya Vaishnavismwhose founder Chaitanya Mahaprabhu, was attracted to the deity, Jagannath, and lived in Puri for many years.

Puri Sea Beach is situated in the core heart city Puri in the state of Orissa. It is famous for appeal to tourist and a cherished place for Hindu. This sea beach flows on the eastern coast of the Bay of Bengal. Puri Sea Beach is very much attractive for tourist as compare to other beaches in India. because taking bath in deep water with blue sea beach is not risk due to low tides, deepness & flowing current. Taking sea bath in puri sea beach is a amusement and enjoyable involvement. The very long arenaceous beach draws huge numbers of weastern and Indian travelers. The sunrise and sunset of Puri sea beach is tremendous opportunity to see and spend your time with family, friends etc. Everyday thousands of tourists from different part of India as well as foreigner consume their lovely time at Puri sea beach. The important wealth of this beach is sea shells.

The Baliharachandi is famous for Maa Bali Harachandi Temple dedicated to Goddess Durga, The temple faces East and is said to protect the fishermen since the Goddess is the God of navigation in water. The rituals practiced at Baliharachandi Temple are similar to the Lord Jagannath Temple located in Puri. Festivals like Mahanavami, Durga Puja, Navaratri, Chaitra Mangala Bara, and Ramanavami are important and many tales surround the celestial happenings here. One of the silent beaches in Puri, Baliharachandi Beach, is among those silent ones where nature lovers would love to bask in the sun and enjoy splashing some water. With clean sand and wonderful wind, it is free from the crowd like in Puri’s Swargodar Beach. It can be a wonderful place to unwind or for a day out or picnic with family and friends.

The Universe Lord Jagannath Finishing Their Bathing Ceremony in 108 cold Water Pots , They Become sick And Disappeared From Public View for 15 days for living in Ansar House For Their health Treatment. This period is known as ‘Anasara’ or ‘Anavasara’ period. Alarnatha Temple is located in in Brahmagiri, nearPuri where lord Bishnu is Worshipped and it becomes crowded when lord jagannath can not be seen at puri meanwhile jagannath devotes come to Alaranath Temple to visit Lord Bishnu is incarnation of lord jagannath during during the krishnapaksha of Ashadha. Popularly known as Anasara or ‘Anavasara’ (literally meaning no opportunity to see the lord of Puri), instead of having darshan in Jagannath Temple.

In the rural heartland of Odisha resides a living workshop — rich in art, craft and cultural heritage. Home to just 140 families, Raghurajpur is perhaps India’s only village where every household is involved in producing handicrafts. This village is mostly popular for its vibrant “Pattachitra” or cloth based scroll paintings displaying intricate details of Hindu Mythological narratives and folktales.

Sakhigopal is a small village in Puri, well known as a sacred tourist destination of Odisha. Due to its own historical importance Sakhigopal witnesses thousands of pilgrims while visiting the Jagannath Temple at Puri. About Sakhigopal there is a common saying that the trip to the holy Dhaam of Puri is incomplete. If the pilgrim doesn’t visit the shrines at Sakhigopal. It is also one of the famous hubs for the marketing of Coconuts and Paddy.

Satpada is located at the meeting point of Chilika Lake and Bay of Bengal. The famous Irrawaddy dolphins can be seen in their natural best here. There are also ample opportunities for canoeing, kayaking and boating. A small island called "Rajahamsa" is situated near this place at the mouth of the lagoon, named after a bird Rajahamsa. This island is 18 kilometer from Satapada. Rajahans is a small strip of land of which one side is placed near the lagoon on one side and the other side is towards Bay of Bengal. Migratory birds don't visit Satapada very often, but few varieties of migratory birds move to Nalabana bird sanctuary. It takes around 4 hours by boat from Satapada to reach Nalaban.