Kalinga Mahotsav or National Festival of Martial Dance is celebrated to mark the major victory of peace over war when Kalinga (part of Odisha) once witnessed a battle during the reign of Ashoka. The festival is a tribute to the martyrs of the Maurya Dynasty which is celebrated by various Martial Art Acts through dance and music.

Kalinga (the major part of the present Indian state of Odisha (Orissa)) once witnessed the bloodiest battles in the history of India by the Emperor Ashoka of Maurya Dynasty. He became a changed man from this place as he realized the hollowness of his victory. A Buddhist monk named Upagupta help him to enlighten peace over a sword.

Kalinga Mahotsav shows the vibrant traditions of the martial art of India through dance and music. It is in the essence to mark the victory of peace over war. The Martial dancers interpret incredible postures of aggression, self-defense and escape in graceful dance-forms with their swords, spears, and shields. The thrill the audience with their rhythm and precision of movement. It took place on the outskirts of Bhubaneswar at Dhauli Shanti Stupa on the 10th and 11th of January this year. This Mahotsav attracts Martial artists from all over India.

At this Festival in Odisha (Orissa) you can see a live performance of artists from different parts of India like Chhow and Paika from Odisha (Orissa), Kalaripayattu from Kerela, Thang Ta from Manipur. In this Mahotsav, artists show their skills with sticks, swords and various acrobatics concentrating their mind and body.

The main motive of Kalinga Mahotsav is to harmonize the vitality of martial tradition with sublimity of peace through the art of dance. So be a part of this festival. 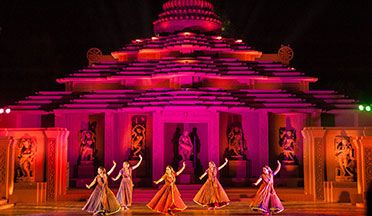 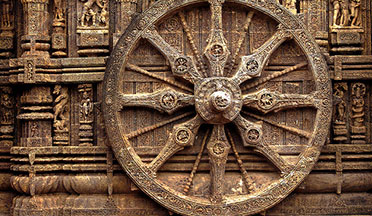