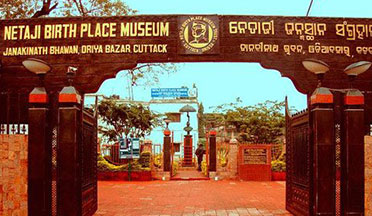 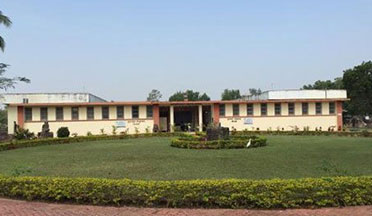 Museums in Odisha (Orissa) - With a very few numbers of museums present in the state, the most famous museum at Odisha (Orissa) is the State Museum which began as a subsidiary of Ravenshaw College's History Department.

With a wide range of antiquities being added every year, the museum has gradually become one of the premier institutions of the state standing as mute evidence to the rich cultural heritage of the region. Archaeology, epigraphy, numismatics, armory, mining, geology, painting, anthropology and manuscripts, you can have them all in the museum.

One of the most significant aspects of this museum is its manuscript gallery. Some of the rare palm leaf manuscripts about 50,000 in number are housed in this gallery. Covering diverse subjects like religion, philosophy, astronomy, astrology, poetry, science, medicine, mathematics, warfare and the crafts, these manuscripts are a repository of artistic expressions of that time.

These manuscripts were made by the incision of Oriya script on a dried palm leaf with a stylus. The manuscripts at the museum depict highly symbolic scenery with costumes, jewellery, hairstyle and facial expressions similar to stone sculptures of Odisha (Orissa).

Abhinava Gita Govinda is believed to be one of the earliest palm leaf manuscripts dating back to 1496. The museum also houses an illustrated manuscript of Gita Govinda written by the 12th century poet Jayadeva. Displaying an advanced writing technology, it has 80 folios in rich primary colors that have remained intact even after such a long period.

The goal of the museum is to impart non-formal environmental education to the public in general and the student community in particular in order to inculcate the awareness about the importance of flora, fauna and subsequent conservation of our natural resources.

4. Kala Bhoomi Odisha Crafts Museum: The museum celebrates the craftsmanship of our artisans by putting on display their breath-taking masterpieces. Divided into 2 blocks, the museum has a display area and a live section. The display area focuses on galleries about Handicrafts and Handlooms from around the state while the live section is equipped with an open air theatre as well as separate workshop zones. Kala Bhoomi is built using local raw materials such as the laterite stone which can still be seen in some of the oldest monuments around the state.

5. Odisha State Maritime Museum: The Odisha State Maritime Museum, which has been set up at this Jobra Workshop, has 10 nos of galleries along with its ancillary components, as required in a modern museum. This location, which has a beginning around 1869 has the unique distinction of being the only workshop, which catered to the requirement of three provinces of Bihar, Bengal and Odisha under the Bengal Presidency of British India. It was set up by the then PWD department of British administration through the efforts of one Scottish Engineer Mr.G.H.Faulkner immediately after the great famine of 1866 in Odisha, known as “Naa Anka Durviksha”.

6. Konark ASI museum: The Konark museum started in the year 1968 and maintained by the Archaeological Survey of India. The museum is located near the main temple in the north direction. The museum has four galleries that showcase 260 different fallen architectural pieces and sculptures that were found during the clearance work of Konark temple complex. The Konark museum is a treasure house for historians and art lovers and is open for public.

7. Tribal Museum : The tribal museum behind the Jagannath Temple Koraput with collections of mines, costumes hand woven clothes, musical instruments, caters to and educates the tourists about the culture and heritage of the tribal.

8. Sudarshan Crafts Museum: At a distance of 2 km from Puri Junction, Sudarshan Craft Museum is located at station road in Puri. It is one of the best places to visit in Puri for art lovers.The Sudarshan Craft Museum was started in the year 1977 by Shri Sudarhsan Sahoo. The museum exhibits great collection of artistic works done by Sudarshan Sahoo like carvings in wood, stone and fiber glass, handicraft items and also fine paintings. Within the premises of museum, one can witness a Buddhist temple built in a Japanese style, a library and a workshop.

This museum is a must visit place for art lovers as it gives a very enriching and knowledgeable experience to visitors. The items kept on display are rare works of art and are the gems of tradition and culture of the nation. The museum has metal figurines, stone carvings too for sale. The museum provides a platform for budding artists to showcase their talent to the world.

9. Regional Science Centre: Regional Science Centre, established in the temple city of Bhubaneswar on 8 acres of land, was dedicated to the nation on 18th September, 1989. This Centre is one of the 26 science centres/science museums under the network of National Council of Science Museums, an autonomous council under the Ministry of Culture, Govt. of India. The Centre aims at inculcating scientific temper and popularizing science & technology amongst people of all walks of life, students in particular, in the state of Odisha through exhibits, exhibitions, special shows and educational programmes.