The state of Odisha is very famous for its world-renowned sun temple which is in Konark. Every year, since 1986, in the month of December, the famous Konark Dance Festival is organized jointly by Odisha tourism and OdissiResearch Center. This joint venture was brought in to promote the traditional Indian heritage of dance and also in some way promote Odisha tourism and invite more and more people to visit the Sun temple in Konark for its exquisite beauty.

Konark Dance Festival is a five-day celebration starting from 1st December till 5th December. During these five days, renowned dancers from all over the country come to showcase their talent at the Konark Natya Mandap. This festival was started by the founder-director of Konark Natya Mandap, Padmashree Guru Gangadhar Pradhan, in order to unite a diverse nation with plenty of art forms to present. His vision was to glorify the Sun Temple and make the art of dancing famous among the culture and art-loving people. Every, celebrated artist from around the world come and participate in it. The dance forms that are presented here are Bharatnatyam, Mohiniattam, Manipuri, Odissi, Kathak, and many other folks and tribal dance forms.

How the Konark Dance Festival is celebrated?

Interestingly, Late Guru Gangadhar Pradhan, the Founder-Director of the festival was also an eminent Odissi dance guru. A joint venture of the Orissa Tourism and the Odissi Research Centre, the Konark Dance Festival flaunts a unique identity. Taking place on the enchanting stage of the Natyashala in the monumental Sun Temple in Konark, the gala is spellbinding.

Dignified performances by the experts of different Indian classical dance forms present the aesthetic and spiritual essence of Orissa. Along with classical dances, a fair is also organized which displays handmade items, handicrafts, and stalls specializing in different cuisines of India. The fair adds a special charm to the colorful dance festival.

For five days, the tunes of flute and the rhythmic sounds of ghungroos together with the beats of Phakawaj echo in the Sun Temple, a UNESCO World Heritage Site. All these melodies combine to transfer one into a fantasy. The pits of the platform opened to the sky resemble the stage performances in the famous Shakespearean era.

The main aim of organizing this dance festival is to introduce the world with traditional Indian dance forms and its diverse culture. The tourists and participants visiting this place can enjoy the natural beauty of this place as the venue is under the huge palm trees. The Konark Natya Mandap itself has very beautiful artistic carvings on its wall which itself is an authentic art form showcased only by the Indian artists. Mesmerizing performances are made by the experts of Indian classical dances. This festival truly gives an insight into the rich and cultural heritage of India. 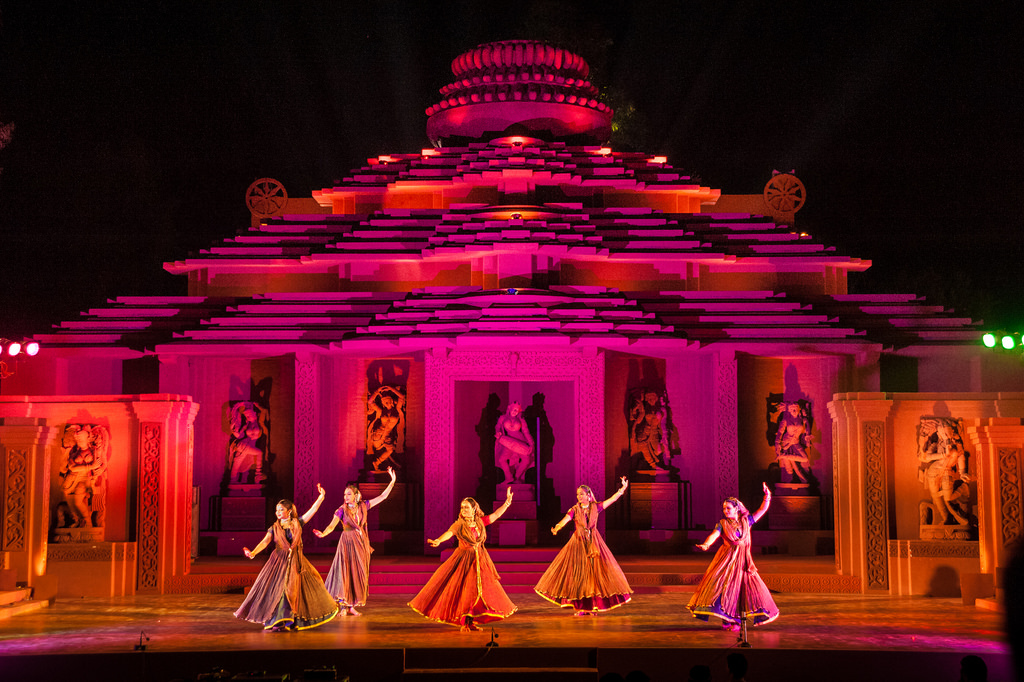